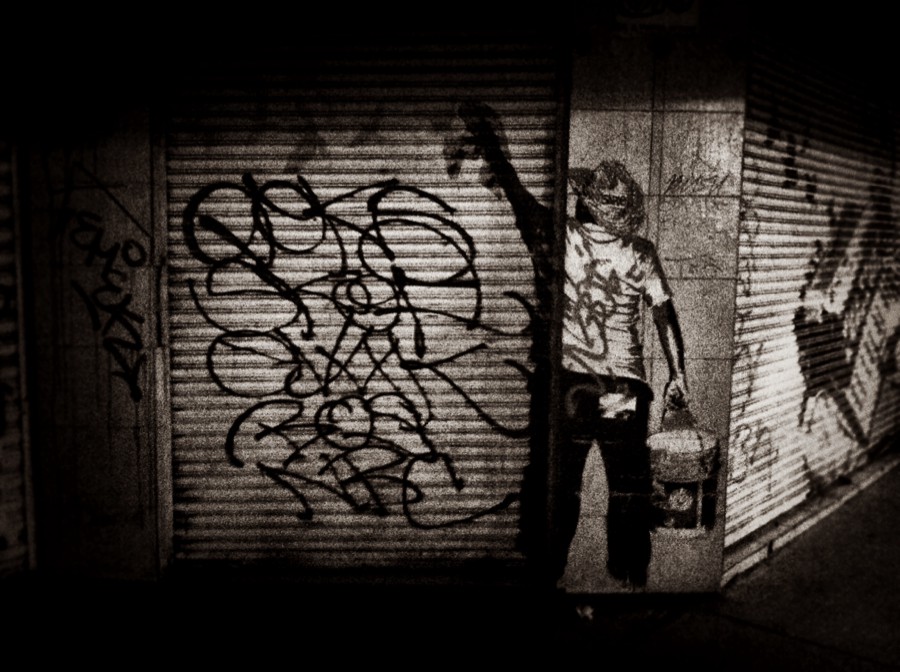 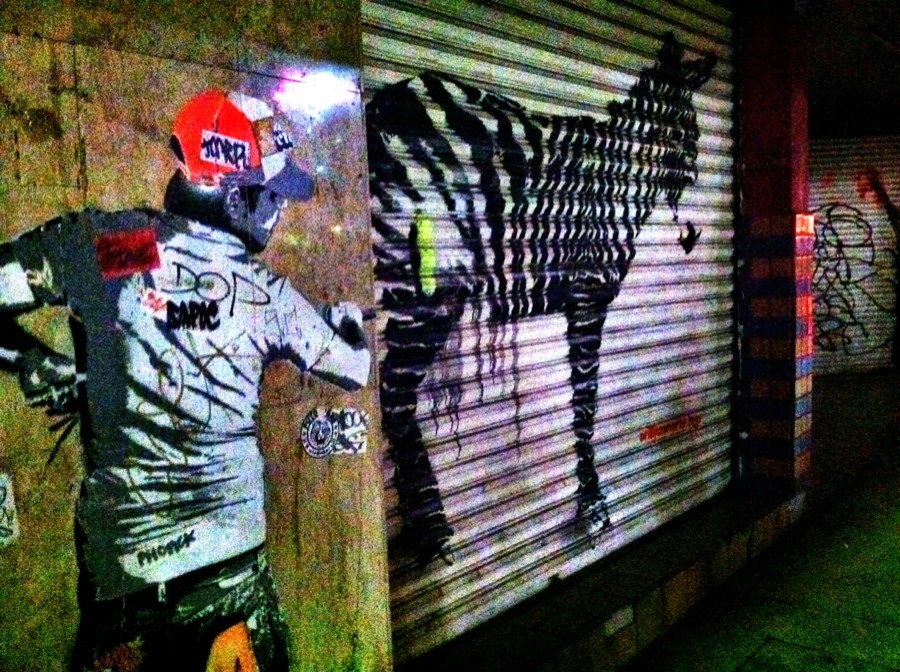 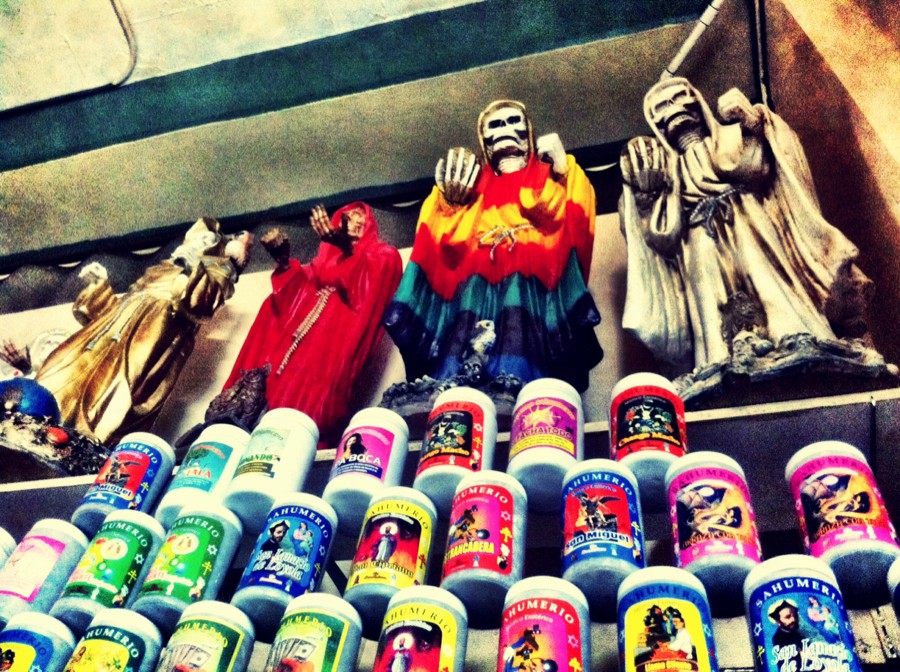 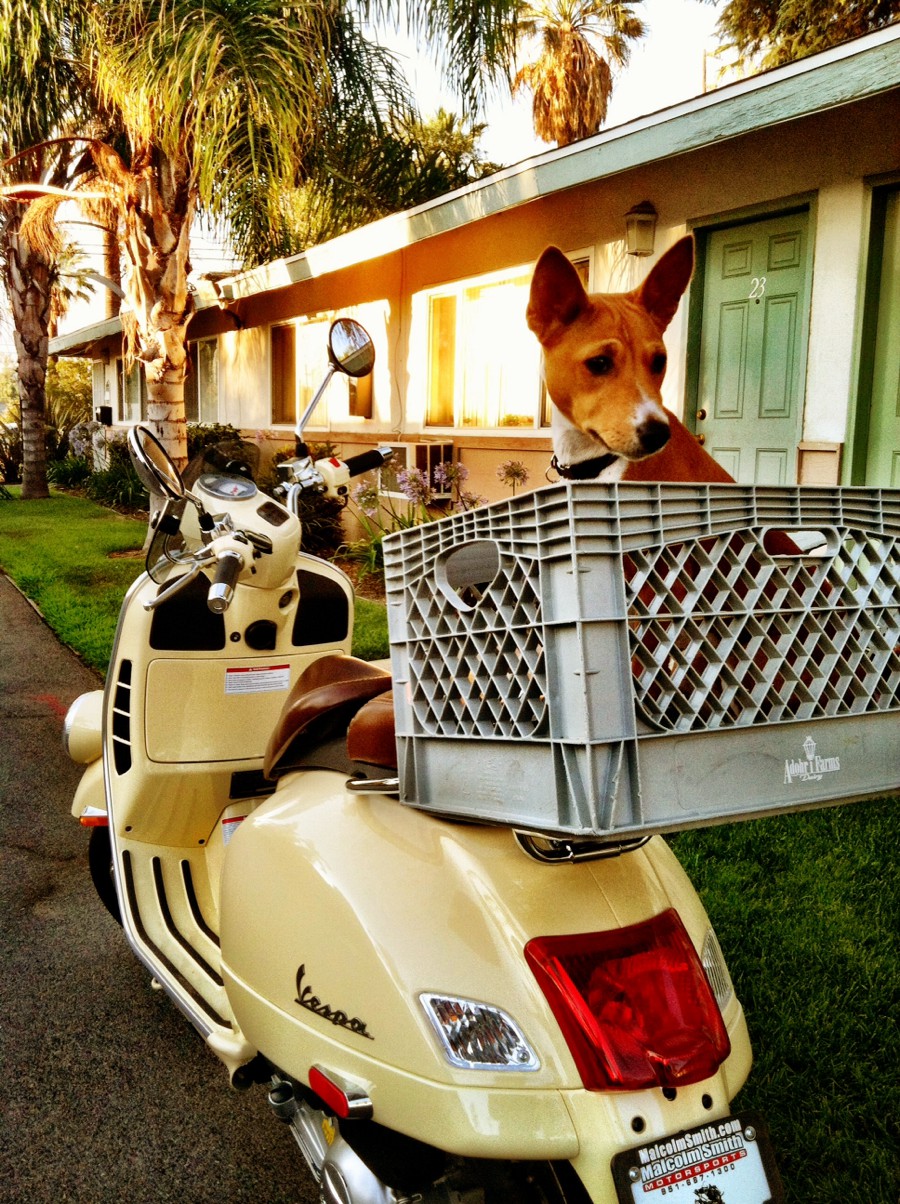 Dopamine the basenji on a Vespa

I'm never satisfied with the amount of sleep I get. I always want to sleep longer and deeper but I start feeling guilty for sleeping so much. I start thinking about what I could be doing instead....like going to the gym or cleaning my car...read a book or clean the kitchen. Walk Pepita or visit my patents....so I wake up, get up, put some gym clothes on and pretend like I will do all those things. But I don't. I sit on the couch, with out energy and think about how nice it would be to fall asleep.
I did the same thing today but this time I took Lizbeth to the store and we found a cool Halloween costume. She's going to be a dead doll and we are both really excited about it 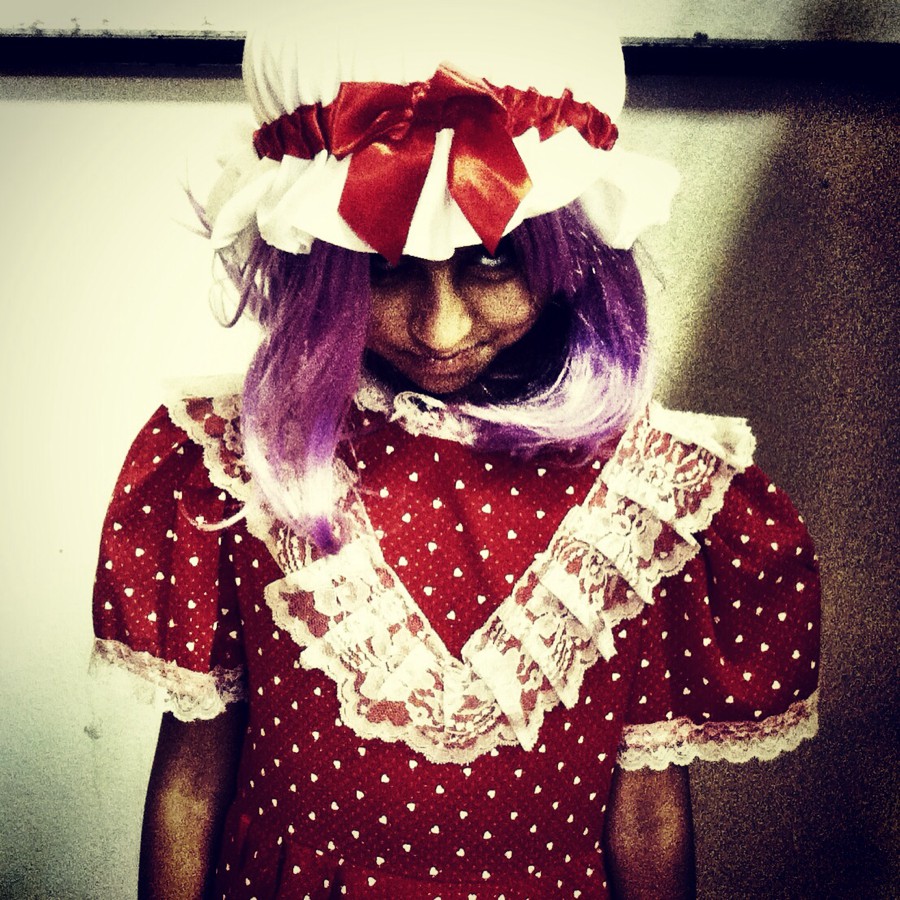 She looks scary!
Anyways...Karolina and I were talking about our parents and the fact that dad had been acting strange. It's like we don't recognize who he is anymore. There seems to be another woman and he has become distant and angry. He's not the same. He doesn't joke or smile. He screams and demands. It feels like he hates his life and everyone in it. What happened? Why are you acting this way? When did we become your enemy's? I don't live with them but I can feel it all. I can feel the distance, the coolness in his voice and the frustration in his eyes. It touches me and it weighs me down. Brings me lower than I was. His depression stems from anger and everything he couldn't accomplish. I think I've inherited that burden. It's on my shoulders everyday. I wake up with the heaviness that accumulated over the years. The same heaviness he has lived with for so many years. Thick and angry, sticky and dark...it's contagious. He's driving my mother crazy. Another reason why she's unstable herself. I keep thinking that she will end up killing him one day. And some days, I can't blame her. As horrible as it feels to think of that.
He still drinks more than half the bottle of NyQuil to fall asleep. And just like him, I have to take two Benadryl pills to knock myself out. I get it. It's the only escape....if only for a bit. Only for some hours you can dream about something other than the life you are living. Feel something other than that heavy, dark and sticky feeling....that consuming sadness for what you couldn't be. 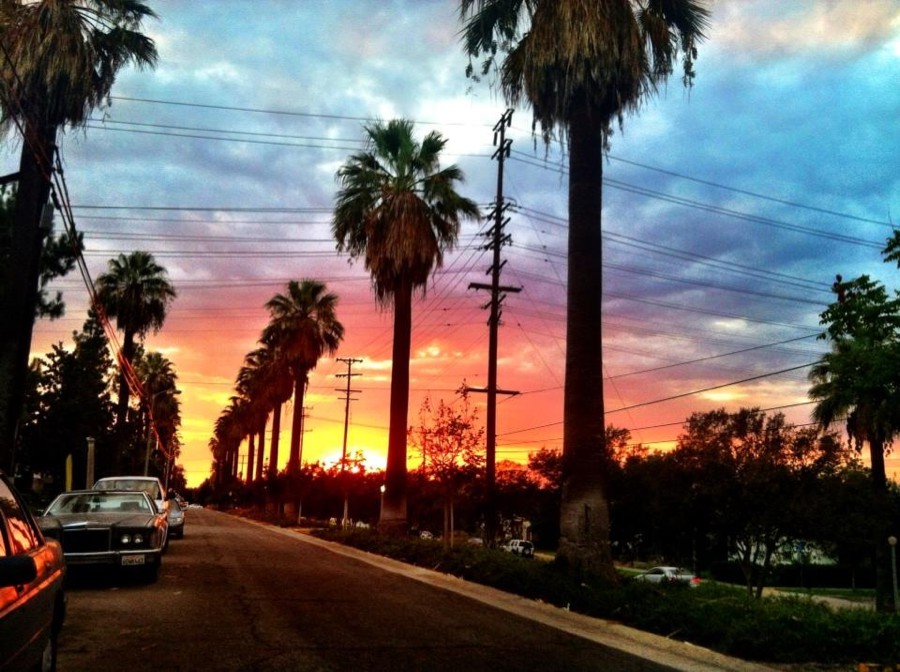 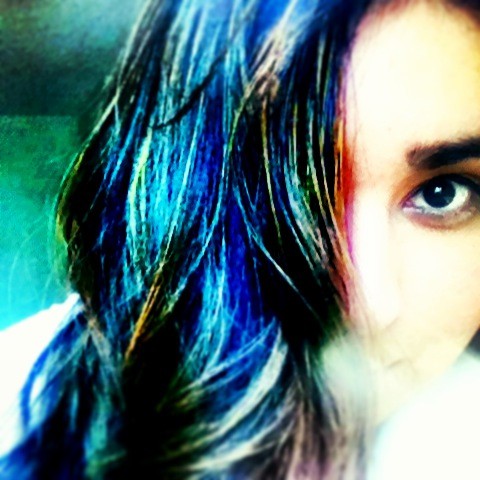 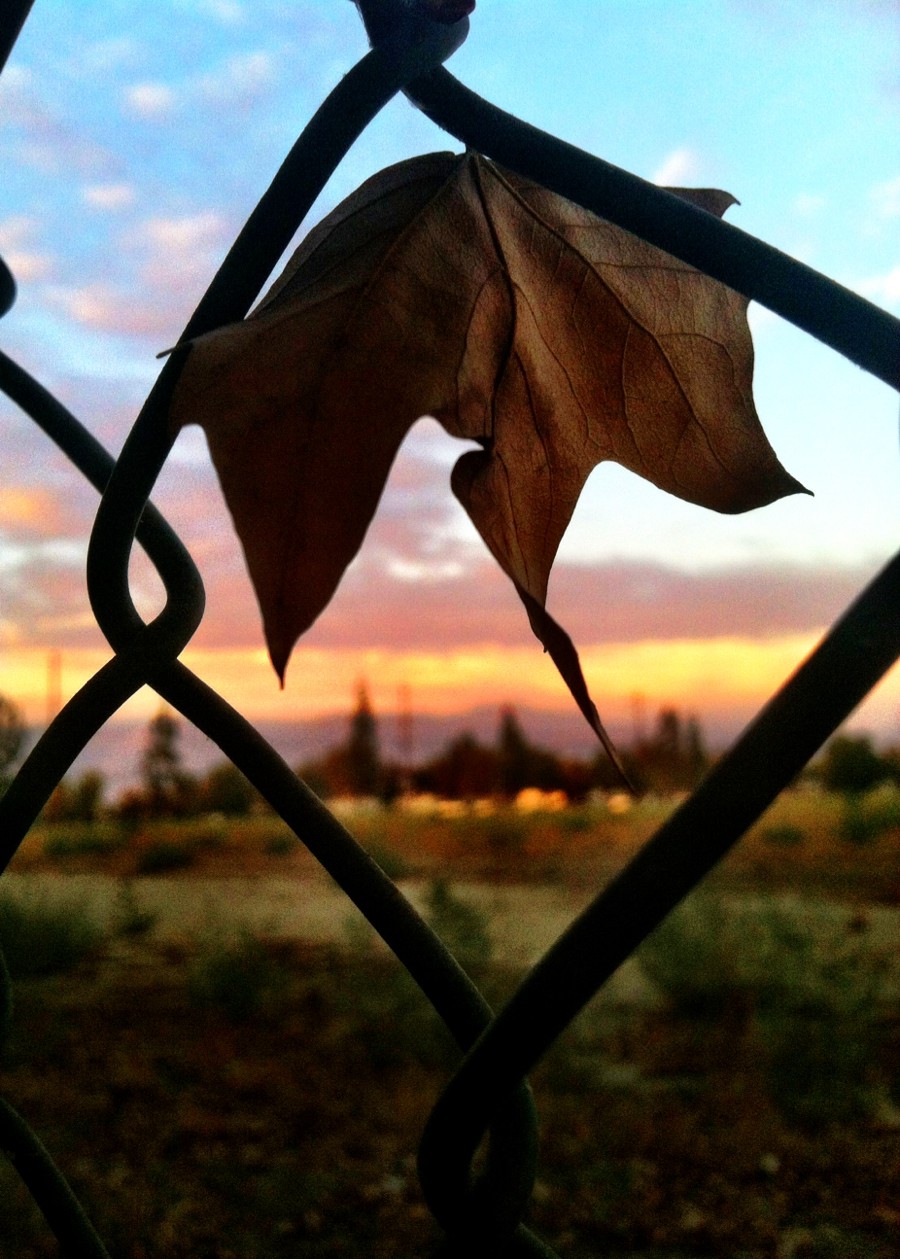 Well, I think it's time to update this journal. Haven't written in a long time. It feels unnatural.
I live with a new roommate and her name is Zahalani. She's Navajo, 31 and a self proclaimed sociopath. No joke. She read all the "sociopathic tendencies" list off a psychiatric journal and she fits ALL OF THEM. I live with a fucking sociopath. She's very smart and very awkward. Loves to make things difficult and makes fun of the "ignorance" of others. Her motto is "grass wants to be walked on, so I will walk on it" meaning-"I treat everyone like shit because I think I'm better than everyone"
God that sounds horrible...
But honestly, I've yet to meet anyone in my life who is as selfish and self centered as she is. Needless to say, she is crazy and fun when drunk. I always appreciate that.
Lord knows I'm crazy.
Got diagnosed with ADHD and was put on adderall! Woohoo! The little blue pills are amazing. They help me focus at work and I can finally complete projects and sentences. It's nice.
I've had my lows and highs with depression. I'm just trying to get up from a very bad low. Prozac seems to stop working after lunch time and I start feeling the haze. The afternoons get bad and all I want to do is lay in bed.
Zahalani has experienced her lows but I often wonder if she understands mine. If she knows I'm depressed when I lock myself in the room and decline her offers to the bar. When I don't shower for days or sleep till the afternoon on weekends. I wonder if she ever was depressed enough to wonder about suicide.
We bought dogs when we moved in to this new apartment. She got a basenji and I got a maltipoo. They are wonderful! Except when dopamine (the basenji) is a bad girl...happens often. Pepita (my maltipoo) is a good girl and very obedient. Took them out for walk today by the dog park. Got to see the ducks and the dirty lake water. I started feeling lonely and sad so I decided to head home. Some days, all I want is for the sun to set and the dark night to appear so I could go to bed. The ending of my day is always my favorite part. The mornings are always so sad. 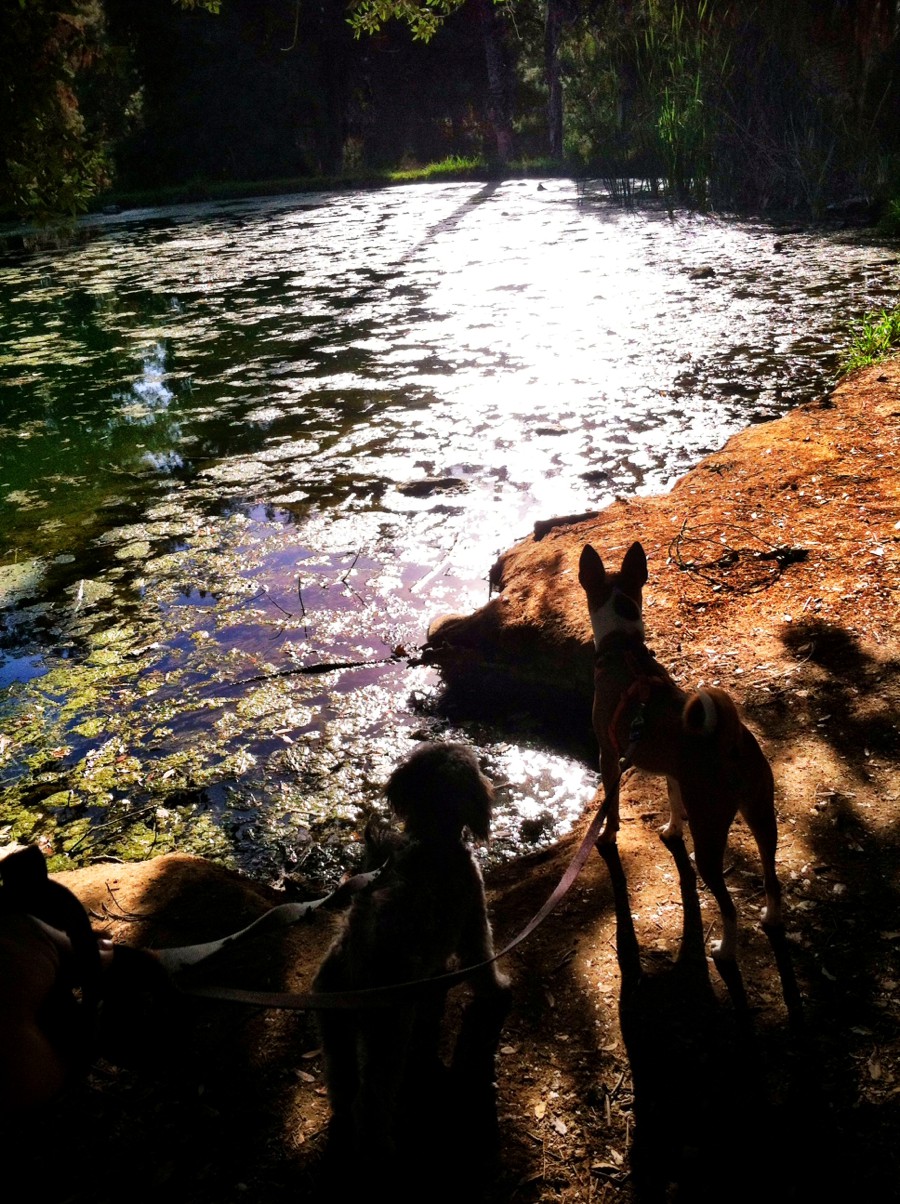 The pups and I at the lake.

No Prozac today... It was a good day.

happened a two-inch gash across my chin.

You were as deep down as I've ever been.

You were inside me like my pulse. A new-

born flailing toward maternal heartbeat through

the shock of cold and glare: when you were gone,

swaddled in strange air I was that alone

again, inventing life left after you.


I don't want to remember you as that

number at midnight that blew up the phone

bill to an astronomical unknown

quantity in a foreign currency.

The U.S. dollar dived since you happened to me.

You've grown into your skin since then; you've grown

into the space you measure with someone

you can love back without a caveat.


While I love somebody I learn to live

with through the downpulled winter days' routine

balls in the hallway, lists instead of longing, trust

that what comes next comes after what came first.

She'll never be a story I make up.

You were the one I didn't know where to stop.

If I had blamed you, now I could forgive


you, but what made my cold hand, back in prox-

imity to your hair, your mouth, your mind,

want where it no way ought to be, defined

by where it was, and was and was until

through one cheek's nap, a syllable, a tear,

was never blame, whatever I wished it were.

You were the weather in my neighborhood.

You were the epic in the episode.

You were the year poised on the equinox.

His bed a sea, and you in it not waving but drowning. He drew the line for you with the mention of his wife, and then crossed it, placing his hand on your hip, pulling you toward him. His eyes were sea-urchins fastened to your face. "She wants you back, your estranged wife?" you asked, and felt him nod into your neck, and then the stones in your mouth. What else was there to say. The harbour roaring beyond his hotel window and the black midnight water glistening. You shivered with cold so he placed a maroon throw over you, a winding sheet for hope. You lay there a girl, shaken awake into an adult’s dream, not knowing what to do. Sleep came like a drug but you woke as he did, felt him twitch beneath your fingers and knew he wanted you. But still he said "I won't" and you were a diver swimming up through the deep, desperate for air and never reaching it. Shame burning your lungs, you saved your tears for the journey home through early morning streets, implacable city crowds parting to let you pass, and the sun, already hot, branding itself across your back.
Collapse